Developmental Language Disorder is a lifelong language condition. My son did not grow out of his problems with language and he will never grow out of them – though how this will affect him will change throughout his life.  DLD is a condition which, for many people, is a totally hidden disability.  Someone you know may have DLD. 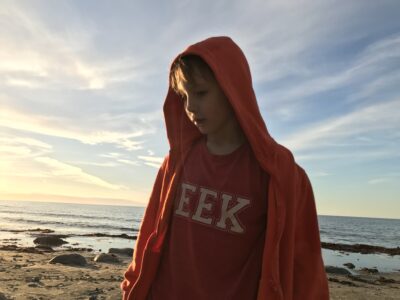 When my son was very little he couldn’t find in his head the right sounds to go with the things he wanted to communicate.  He spoke pure jazz for a while and when a word might appear one day it would be lost the next.  The first speech therapy groups Elwin went to didn’t work.  The parenting group that told me about how I might be negatively affecting his speech didn’t work.  I read him so many nursery rhymes it was untrue but these things did not help Elwin in the way they help children with language delays rather than language disorders.  Much more intervention was needed.  We had a wonderful speech therapist who helped Elwin to order sounds in his head so that he could find the right sound for the right vocabulary and his articulation of words became much clearer.

Nowadays you might not know Elwin has developmental language disorder.  His speech is pretty clear – unless he’s very tired, very excited or has a whole lot to say (because his brain is still having to work harder to find the sounds). Though he might still get the odd pronoun wrong, his grammar is falling into place – I know for some people with DLD, sentence construction is much much harder.

Unlike many people with DLD, Elwin has huge vocabulary but there’s a huge gulf between the words he understands and being able to find in his head the word that he wants to say.  It’s like when you’re really tired and that word is on the tip of your tongue but for Elwin it’s everyday and all the time.

DLD also affects understanding. You know how it is when you go to a country where you’ve learnt the language but in practice following a conversation is so much more difficult because your brain is doing so much more work and if someone has a lot to say and if what they’re saying involves a whole range of things then you can totally lose track.  This is how it can be for someone with DLD but all the time and in their native tongue.

One thing I’ve learned is how amazing our brains are and all the myriad of things that they have to do in order to form words; form sentences; and communicate ideas and passions.  We are truly amazing.  Without the capacity to do all these things easily, Elwin’s brain has developed many other skills – his inventiveness is incredible.  His ability to read people’s emotions is amazing.  I am so lucky to have such a wonderful little boy in my life.

I’d like to make it so that Elwin doesn’t struggle with language – so that school and friendships would be the joy they are to most 10 year old boys but I can’t change these things.  One struggle I can change is the struggle with a lack of awareness.

DLD is as prevelant as autism and yet lots of you won’t even have heard about DLD before you read this.  If you are talking to someone and they are finding it difficult to follow you then it might be they have DLD.  If someone is getting frustrated when they’re struggling to express themselves then it might be they have DLD.   Many teachers are not aware of DLD. That child who appeared to be listening to what you were saying but then doesn’t seem to know what you’ve just asked them to do might have DLD.  Awareness is so lacking that they may never have received a diagnosis – especially if it never really affected language production (as is the case for some children).

We can all help children and adults with DLD by being kind and patient with everyone we meet.