DLD: You & Me by @adoptionblogfox

wHAT IS YOUR RELATIONSHIP WITH DLD?

My son, LB, has DLD. LB is also cute as a button, filled to the brim with mischief and absolutely hilarious. He’s 6 at the moment and his favourite things are horse-riding, football and his iPad.  He is kind and affectionate; practical; challenging and enthusiastic. He makes us laugh every day and we are extremely proud of him.

WHAT IS your experience with Developmental Language Disorder? 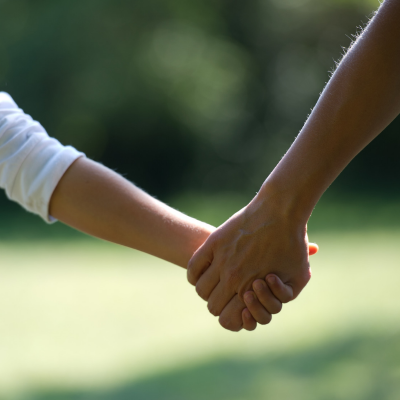 LB arrived in our lives when he was 3.5 and we adopted him. We expected he would show some delay in his speech and language due to early neglect. However, he hadn’t been assessed by a speech and language therapist before we met him and we weren’t given much information about his communication skills. As a speech and language therapist myself, I quickly became very concerned about his language and speech development. LB had very few words and wasn’t able to put more than 3 or 4 together. Everyday words such as his own name, body parts, ‘tele’, ‘cow’, size words (other than ‘big’) and many concept words (hot, same/different etc.) were missing from his vocabulary.  The majority of LB’s speech was unintelligible and once we had worked on his listening and attention skills a bit, it became clear his comprehension was significantly delayed too.

Thankfully, I was able to fall back on my profession and begin to use strategies straight away.

Over time, it became clear that LB’s needs were not commensurate with a ‘language delay’. His needs were significant, impacting on every aspect of his life and more often than not, he was forced to use his behaviour to express himself. I also noted that his errors didn’t follow a developmental pattern e.g. his vowels were distorted which does not happen in typical development. Vocabulary learning was tricky for him and it took more than 6 months before I started to observe real progress. It was clear he had DLD.

As the start of formal schooling dawned ever closer, LB’s preschool and I decided we should refer him to speech and language therapy – I needed some support with aspects of his DLD and we wanted to make sure his needs were formally recognised on paper.

Unfortunately, we struggled to get LB seen in a timely manner. The speech and language therapy department in question cancelled 5 appointments before we were eventually seen and then they didn’t recognise the severity of LB’s needs. After making 2 formal complaints (a tricky thing to do when I was working in the same profession) we eventually were assigned a new therapist who was brilliant. LB attended weekly or fortnightly therapy for approximately 9 months, alongside the work I continued to do at home and the support he got in school.

I have felt very fortunate to have my professional knowledge to fall back on – this experience would have been much tougher and more anxiety-provoking without it. Despite knowing how to help LB most of the time, it was still difficult to manage his more challenging behaviour in the right ways at points. Parenting a child with DLD has certainly required a lot of energy, patience and a willingness to fight to get others to acknowledge/meet his needs appropriately.

HOW DOES Developmental Language Disorder make you feel?

It is difficult to describe how I feel about DLD because it is very much part and parcel of LB. There have of course been times when I have observed him struggling to get his messages across or being targeted by more verbal peers or getting extremely frustrated when his language system has failed him that I have wanted to take it away for him. Conversely, he makes the most adorable mistakes such as saying “Hot Donald’s” instead of ‘McDonald’s’ or “Master Yoda” when he was referring to ‘Yuri Gagarin’ that we can’t help seeing the funny side. 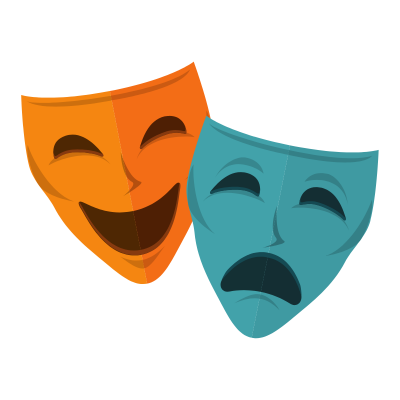 LB is quite the comedian and these little quirks just add to his charm.

Overall I suppose I think that DLD doesn’t need to hold LB back. It certainly did when he was smaller and there was a huge emotional toll for all of us – communication skills are crucial for bonding and the DLD did impact on our ability to bond and fall in love in the first months of LB being with us. Since then DLD has shown us what LB can do when the right support is in place. He has surpassed many expectations, including learning to read and gaining age-appropriate language scores on formal assessment (after therapy).

There have been moments of frustration on both of our parts. Teaching LB to count was one of mine – he found it extremely challenging and I repeated the sequence of 1,2,3,4,5 so many times each day that I didn’t really want to hear a number spoken again. I also couldn’t understand how it could possibly take so long for him to grasp it. In the end I had to conclude it was the auditory memory load of trying to learn what is, essentially, a list. I tried everything and when he started school counting 1, 4,18 I pretty much gave up on the idea of numeracy. DLD has happily proved me completely wrong: once LB locked in the sequence, he was away. I find it miraculous that the same boy can now (2 years or so later) count easily to 100, multiply, halve and solve number problems.

DLD means that LB learns certain things differently but it doesn’t stop him from learning. There is always a way round, a different method, a way of making something visual.

We accept DLD for what it is: a part of LB.

How did you come to be involved with Raising Awareness of Developmental Language Disorder (RADLD)? 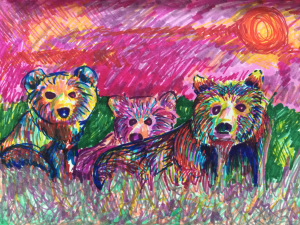 When LB had been with us for a few months, I began blogging at www.adoptionthebearfacts.wordpress.com I blogged about adoption things but it seemed natural to talk about DLD too. As DLD is important in my career, as well as in my home, it is a subject I feel very passionate about. Since then I have got to know many people involved with DLD through Twitter and have tried to do my bit, where possible, to raise awareness.

What would you say to others who are yet to learn about Developmental Language Disorder?

It frustrates me that a condition which is so common is not more widely known. People need to know about it because of the potential impacts of missed or mis-diagnosis – increased risk of mental health difficulties/ unemployment/ brushes with the criminal justice system.  As impactful as DLD is, it is also treatable and therapies are extremely effective. We shouldn’t be letting children and young people down through lack of awareness.

What are your hopes for the future in regards raising awareness of people with Developmental Language Disorder?

I hope that all teachers are made aware of DLD during teacher training and begin their careers knowing how to support a child in their classroom with DLD.