DLD – You and Me: A Parent’s Perspective

My son is gorgeous, funny, clever, has an amazing memory, is stubborn, hates loosing and has plenty of attitude. He also has DLD.

I noticed a problem when he was 18 months old as he wasn’t talking or picking up words like other children. I spoke to a lovely health visitor at our local sure start centre who assisted me with speech and language referrals, hearing tests and basically shouting to everyone that there was a problem. He had input from speech therapists who said “it will come” but the day he turned 3 and a half, they said, no, it won’t and that he has a severe disorder.

His school was amazing and without their support he wouldn’t be where he is today. They undertook work given by the speech therapist three times a week on a one to one basis, as well as what we were doing at home.

He is now 7 and is understandable when talking. There are new traits coming out all the time though, so I know it will keep being a challenge to support him but one thing we have learned over the past 7 years is to keep fighting for support and don’t give up. You know your child best. 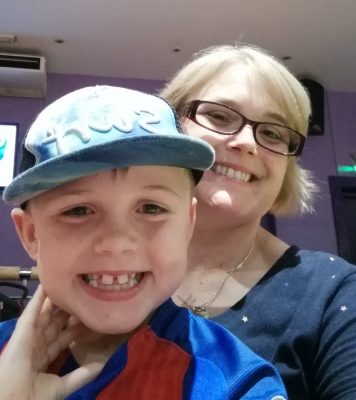